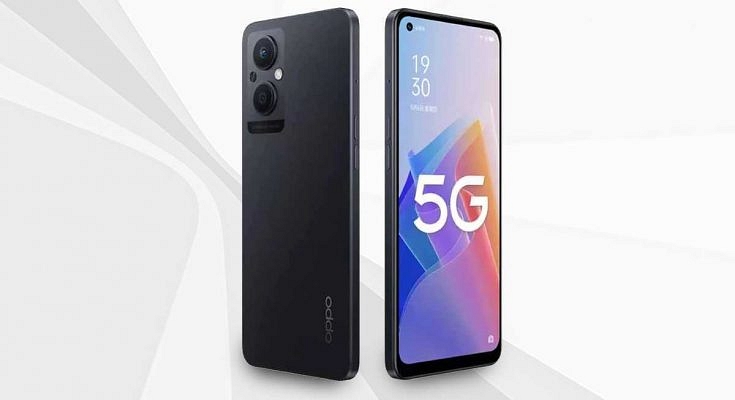 Oppo has launched yet another 5G smartphone in its affordable “A” series. The latest model that comes from the Chinese brand’s bucket is the A96 5G. This new device has been doing rounds for a while online and its renders also surfaced just yesterday. The Oppo A96 5G has been silently introduced with a flat-edge design, Snapdragon 695 SoC, and an FHD+ OLED display.

The Oppo A96 5G is an identical twin of the Reno7 which was announced last year. It also features a flat-frame design with a single-tone paint job at the back and a vertical camera setup on the upper-left of the back panel housing two large camera sensors surrounded by LED rings. Upfront, the Oppo A96 5G flaunts an OLED display panel (6.43-inches) with a punch-hole camera cutout.

The display type is OLED and the resolution offered is 1080p FHD+. The panel further supports the DCI-P3 color gamut and 60Hz refresh rate. The Oppo A96 5G uses the Qualcomm Snapdragon 695 SoC. This octa-core 5G chipset is accompanied by 8GB RAM. The handset features a 5GB virtual RAM feature. The handset offers an onboard storage capacity of 256GB which is further expandable via a microSD card.

In the camera department, the Oppo A96 5G uses a triple-camera system where a primary sensor is a 48MP lens. The main camera is combined with a 2MP depth sensor. The punch-hole camera cutout houses a 16MP camera for selfies and video calling. The Oppo A96 5G’s display integrates a physical fingerprint scanner for biometrics. It will ship with Android 12 OS-based on ColorOS 12 interface. The device uses a 4,500 mAh battery with 33W fast charging.

The Oppo A96 5G has been launched with a single 8GB RAM and 256GB storage configuration. It is currently limited to China and is yet to make its global debut. The company is expected to confirm the A96’s availability in India and other regions. As for the price, the Oppo A96 5G is announced at 1,999 Yuan which is around Rs. 23,300 in Indian currency. It is will be available for sale in Apricot Powder Warm Sun and Colored Glaze shades starting January 9 in China.