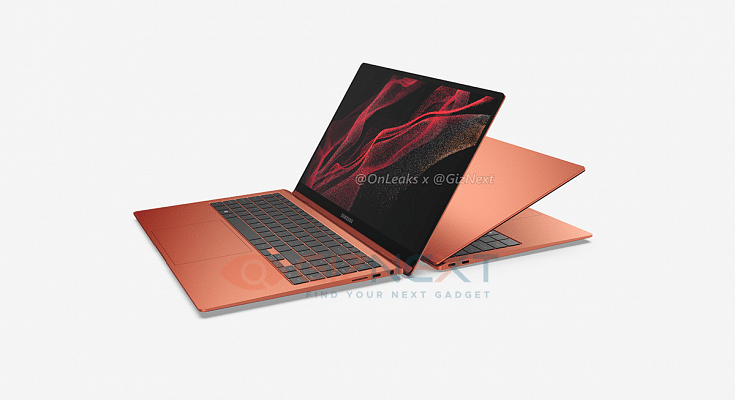 Samsung recently concluded the Galaxy Unpacked 2022 event where the brand introduced its new-generation flagship smartphone lineup, i.e, the Galaxy S22. Within just a week the, the South Korean tech giant has teased its next important product for the audience which is likely being showcased at the Mobile World Congress 2022 event being hosted in Barcelona towards the end of this month.

The upcoming device from Samsung’s bucket is rumored to the be Galaxy Book Pro 360 2 laptop. While the rumor mill is still churning out the details, we at Giznext have managed to grab the exclusive render images and few other details of the upcoming Galaxy series laptop. Check out the details below:

As mentioned above, Giznext has received exclusive Galaxy Book Pro 2 360 render images ahead of its anticipated unveiling at the Mobile World Congress 2022 event later this month. The factory schematics of the upcoming 360-degree rotatable laptop shared by an industry source show the burgundy red color variant.

However, this color option is just speculation and the laptop might be announced with some different color options. According to Giznext’s source, the Galaxy Book Pro 2 360 has the codename “mars 2” on the factory schematics documents. This is one of the confirmations for the upcoming device to be the successor of the Galaxy Book 360 (first-gen model).

Coming to the design, the render images show a slightly improved design compared to the previous-gen Galaxy Book 360 laptop. The second-generation model is seen with a spacious keypad and a larger mouse trackpad which will likely improve the efficiency with typing and other creative tasks. The render images don’t show any major design changes in the display panel as well as the hinges. The bezel size remains similar to the previous-gen model.

The Galaxy Book Pro 2 360 also retains the 360-degree foldable design as the Galaxy Book Pro 360. However, the render images we received don’t show the S-pen support. We are not sure if Samsung has planned to skip it this time. Additionally, our source suggests the upcoming laptop will feature a circa 15-inch display. As for the ports, it will offer three USB Type-C ports, one 3.5mm headphone jack, and one microSD slot. 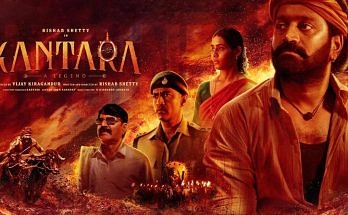 (Last Updated On: December 9, 2022) Key Highlights Kantara is one of the biggest hits of 2022 which was released on September 30 The streaming rights for Kantara Hindi OTT …