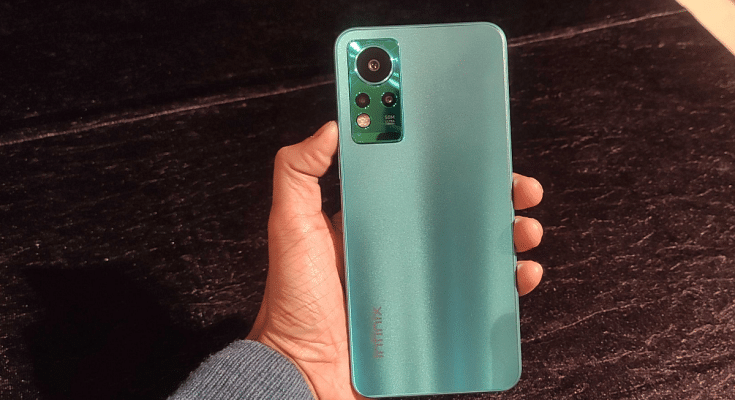 Infinix has confirmed its new budget smartphone lineup for the Indian audience. The brand has now expanded its Note lineup with the Note 11 series. The latest affordable series brings along the Note 11s and the vanilla Note 11. The specifications of both devices have been confirmed. Both devices will be powered by a new generation Helio G series processor and a 50MP triple rear camera setup. Following are the remaining features that both Infinix Note 11 and the Note 11s brings to the table:

The standard Infinix Note 11 will be launching with the MediaTek Helio G88 processor. This octa-core MediaTek chipset is game-centric which is based on a 12nm fabrication process and has Mali-G52 GPU support.

The handset will be using a massive 6.7-inch AMOLED display with 1080 x 2400 pixels FHD+ resolution. The Note 11’s optics will be including a triple rear camera setup with a 50MP main sensor and a 2MP depth lens.

There will be an additional AI sensor completing the setup. The device will be using a 16MP selfie camera with an f/2.0 aperture. A 5,000 mAh battery would be powering the handset supported by 33W fast charging.

On the other hand, the Infinix Note 11s will be launched with an IPS LCD display which will support 1080p FHD+ resolution and 120Hz refresh rate. The processor packed here is the octa-core Helio G96 SoC combined with 6GB/8GB RAM and 128GB storage option.

The device will be packed with a triple camera setup with a 50MP primary sensor, a 2MP depth sensor, and a 2MP macro sensor. The device will be housing a 16MP sensor for selfies. The firmware would be the same on both the standard Note 11 and Note 11S, i.e, Android 11 wrapped around XOS 10 skin.

Both smartphones will offer a side-mounted fingerprint scanner for security. The battery capacity and fast charging speeds are the same as the vanilla model, i.e, a 5,000 mAh battery with 33W fast charging support.

The Infinix Note 11S and the Infinix Note 11 will be launching next month (December 2021) in the Indian market. However, the brand is yet to reveal the official date for the same. The pricing is also yet to be announced. However, we will keep you posted with the updates on the Note 11 series arrival and sale details.