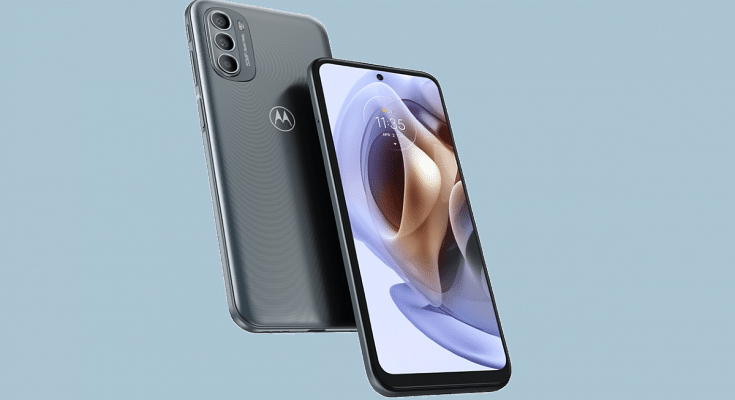 Motorola has been all in the headlines for its upcoming budget smartphone launches in the Indian market. One of the variants has now been announced officially. The Moto G31 is the first amongst the several other models lined up for launch in the country. The device comes as an affordable 4G smartphone packed with features such as a game-centric Helio series chipset and FHD+ OLED display, and a 50MP triple camera system.

The latest budget Moto smartphone uses the Helio G85 processor under the hood. This octa-core MediaTek processor is designed for good gaming performance on affordable devices. The device has been announced with up to 6GB RAM and a 128GB storage option. It also supports up to 1TB external microSD card (hybrid).

The Moto G31 sports a 6.4-inch display. This IPS LCD panel supports 1080 x 2400 pixels FHD+ resolution, 409PPI pixel density, and has an aspect ratio of 20:9. While we have seen several budget phones in recent times with a 90Hz panel, Motorola has used the standard 60Hz refresh rate here.

In terms of optics, the Moto G31’s vertical camera setup at the rear features three sensors. There is a 50MP main lens with an f/1.8 aperture, an 8MP wide-angle sensor with 118-degree FoV and f/2.2 aperture, and a 2MP sensor for close-up shots. The rear cameras support PDAF and different shooting models such as Portrait, Dual Capture, and Night Vision.

Motorola has packed the G31’s waterdrop notch with a big 13MP snapper to click selfies. The connectivity options are dual-band Wi-Fi, Bluetooth v5, 4G LTE, and a 3.5mm headphone jack. There is also a USB Type-C port that charges the 5,000 mAh battery. There is a 20W TurboPower fast charging support for quick refuels.

Motorola has introduced two variants of the Moto G31 in India. The low-end model offers 4GB RAM and 64GB storage which is priced at Rs. 12,999. The device is also announced with 6GB RAM and 128GB storage option which you can buy at Rs. 14,999.

The color options are also dual – Baby Blue and Meteorite Grey. As far as the Moto G31’s India availability is concerned, the handset will be up for grabs starting December 6 in India. It will be available for sale via Flipkart starting at 12 pm.