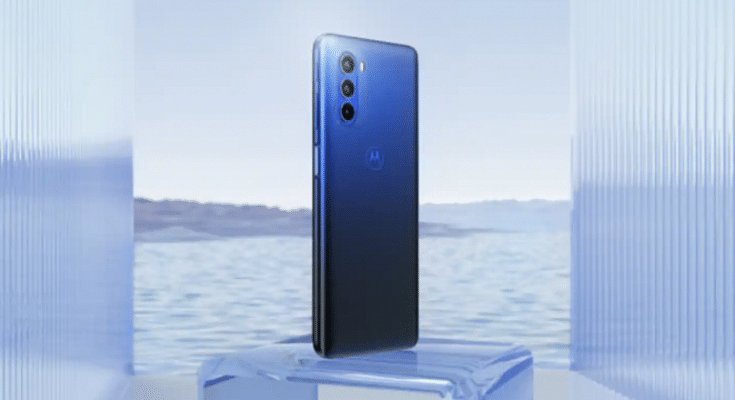 Following the Moto G31 and the Moto G51 5G, Motorola is ready to bring the third model in this mid-tier series called the Moto G71 5G. The brand will be left with the Moto G41 and the Moto G200 post this. The handset is now officially confirmed by the company to be heading to the Indian stores. The online availability, as well as the key features of the device, has also been shared by the company via its official Twitter handle.

As mentioned above Motorola via its official Twitter handle has shared the Moto G71 5G’s India launch date, online availability details, and features. The tweet shared by the company confirms the January 10 launch date of its next affordable 5G phone in India. The teaser poster shared on the microblogging website also confirms its availability online via Flipkart.

The handset is likely to be available on the same date (January 10) at the e-commerce portal for sale. We can also expect Motorola to sell this device via offline retail stores in the country. The details should be announced during the official launch on January 11, 2022.

It is worth adding that Flipkart has also taken the Moto G71 5G’s dedicated microsite live. The product page is updated with all the key specs which the upcoming mid-range Motorola 5G smartphone will offer. And since the device is already announced internationally, all the features are known.

While the official teaser poster and Flipkart listing confirm the launch date and features, the pricing isn’t officially announced. However, a Twitter user has suggested a starting price tag of Rs. 18,999. Unfortunately, it is unknown currently which variant the tipster is hinting at.

As mentioned above, the Moto G71 5G isn’t an entirely new smartphone and is heading to the Indian market almost two months later. The Flipkart listing has also reaffirmed the key features including the Snapdragon 695 5G octa-core processor and a 6.4-inch FHD+ AMOLED display.

The panel here will come with a 120Hz refresh rate and have a punch-hole for the 16MP selfie camera. Its rear panel will feature a 50MP main lens along with an 8MP ultrawide and a 2MP macro sensor. Backing it would be a 5,000 mAh battery with 33W quick charging/