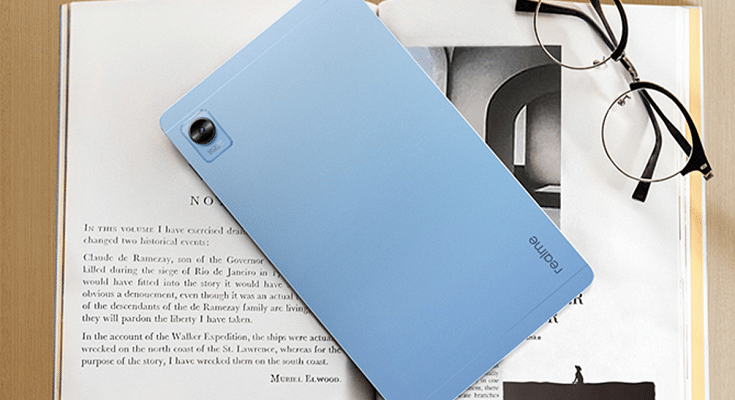 Realme has already marked its presence in the tablet space with the launch of two budget-friendly tablets. The Realme Pad and the Realme Pad Mini are the first from the company’s lot in the tablet space. But now, two more Realme tablets are under development which as per the leaks will be 5G-enabled and equipped with high-end features. One of the upcoming Realme tablets will be dubbed Realme Pad X. Now, the brand has officially announced the launch date for its next premium tablet.

The Realme Pad X will be launched on March 24. The latest flagship Realme tablet will be announced initially in China before making its official debut in the global market. Realme is yet to make announcements related to the Realme Pad X series India launch. But that shouldn’t take. The brand could launch both Realme Pad X series phones within the next few months in the country. We will confirm the details once there is confirmation from Realme.

The Realme Pad X tablet series is expected to land as a premium range of Android tablets on the market. According to the leaks, the Realme Pad X series will be launched with two models. One could be the Realme Pad X 5G, while the other could be a standard 4G model. The rumor mill has not revealed the processor and configuration details yet. However, the company could itself confirm the chipset and other details via official teasers.

The Realme Pad X series leaks have also pointed at a high-end display panel that will support a 2.5K resolution. It is not known if Realme will be using an AMOLED or LCD panel on the upcoming Realme Pad X 5G. However, a 120Hz refresh rate has been suggested by the leaks. The Realme Pad X tablet’s camera specifications are also not revealed. It would be interesting to see if the company brings a camera-oriented tablet for a change. Both previous generations of Realme Android tablets have been launched with fast charging support. We expect the same from the Realme Pad X tablet.