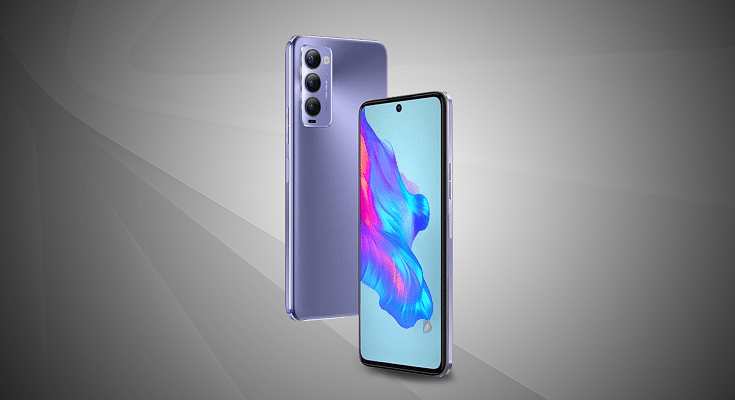 After launching Pop 6 Pro in Bangladesh, Tecno is all set to launch the same smartphone in India. In fact, the microsite of the Tecno Pop 6 Pro budget phone is already live on Amazon, which confirmed the details of the device.

The microsite says that the device is coming soon; however, the launch date has not been announced by the company. However, a new report in MSP shared that the device will be launched in India next week. But, Amazon revealed all specifications of the device.

The Tecno Pop 6 Pro will have a 6.6-inch HD+ display, 120Hz touch sampling rate, waterdrop notch, and 720 × 1612 pixel resolution. In addition, the device has a 60Hz screen refresh rate, and a quad-core processor; however, Tecno has not shared the details of the SoC yet.

The smartphone comes with 2GB of RAM and 32GB of storage configurations and runs on HiOS 8.6 which is based on Android 12 Go Edition. On the optics front, the device has a dual- camera at the back, including 8MP primary camera along with a secondary AI lens. You will also find a 5MP camera for selfies and video calls.

The device will be powered by a 5,000mAh battery unit, but there is no word on the charging capabilities. In addition, the device will have Bluetooth, GPS, 8.75mm thickness, dual-SIM, 4G, WiFi, and OTG. Also, the smartphone is priced at BDT 10,490 which is close to Rs. 8,000.

On the other hand, several reports claim that the device is expected to be much lower in India. Moreover, it will be available in two color options such as Peaceful Blue and Power Black.

The Tecno Pop 6 Pro will be launched in India next week, which start from September 26th to September 30th. However, the exact launch date has not been shared or announced at the moment. It is important to note that the company is also teasing the launch of the device in the country via its official Twitter account.