Apple has one of the strongest ecosystems for all of its gadgets including iPhones, iPads, and Mac notebooks and computers. The Cupertino giant has also been enhancing the privacy aspects with its dedicated firmware for laptops and smartphones. All the Apple iPhones boots on in-house iOS which Apple is upgrading each year. This year at its WWDC 2022 keynote, the Cupertino giant showcased the iOS 16 which will be replacing the iOS 15 in the coming months. Apple has released multiple new features with iOS 16 and is carrying forward a few from the previous version.

One of such features is the Face ID which has been present with older iOS versions as well. Last year, after the pandemic situation due to the COVID 19, Apple users were reporting issues with their Face ID if they have a mask on. Apple bright a solution for this with the iOS 15.4 and later version. You can easily unlock our respective iPhones if you have a face mask or any other extra layer on your face. The Face ID with mask feature will unlock your iPhone and let you use all the apps including Apple Pay.

Steps To Use Face ID On iPhones With A Mask

Step 1: You can only setup up the Face ID to work with a mask if your iPhone is currently running on iOS 15.4 or later.

Step 2: Go to the settings menu.

Step 4: Scroll down to the Face ID with a Mask option. Tap on it.

Step 6: Once all the above steps are completed, you will be able to unlock your iPhone even with a mask.

Step 1: Unlock your respective iPhones and click on the settings app.

Step 3: Scroll down the menu and clock on Add Glasses.

Step 4: You will get a bunch of steps on your screen, follow them to complete this setup.

Step 5: You can now unlock your iPhones with the Face ID if you are wearing both glasses as well as a Face Mask. 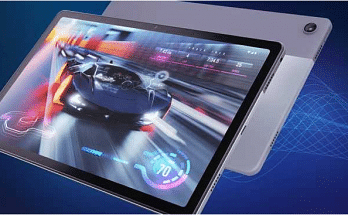