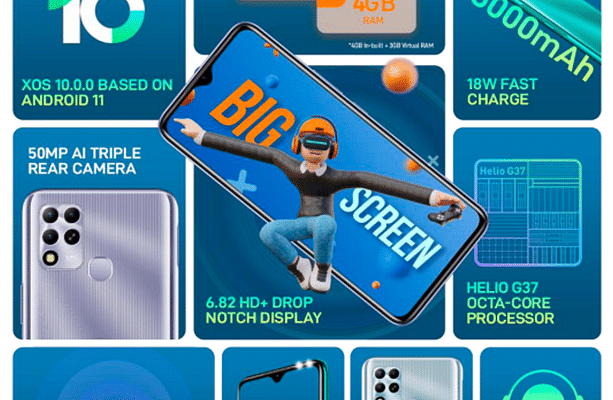 The newly launched smartphone comes with a 6,000mAh battery, high refresh rate, and large screen. In fact, the smartphone is expected to give tough competition to other smartphone brands like Poco, Samsung, Realme, and Xiaomi smartphones. So, now let’s take a look at all details of the smartphone.

The Infinix Hot 12 smartphone comes with a 6.82-inch HD+ display along with a 90Hz screen refresh rate and 180Hz touch sampling rate. Notably, this is an LCD screen and provides brightness up to 460 nits.

The smartphone gets power from the MediaTek Helio G37 processor and has a 6,000mAh battery unit. The device also supports 18W fast charging and has 4GB of RAM and 64GB of internal storage. Also, the smartphone comes with 3GB of RAM of virtual RAM support, which means you will get 7GB of RAM.

On the optics front, the Hot 12 has a triple camera at the back, including a 50MP primary camera along with an f/1,6 aperture and quad-LED flash. In addition, you will find a 2MP depth lens and an AI lens. The front camera is equipped with an 8MP camera on the front for selfies along with a dual flashlight, which means that you are allowed to take good photos in low light conditions.

Moreover, the smartphone has a rear-mounted fingerprint scanner and a Type-C charging point. The Infinix Hot 12 smartphone is 9.2mm thick and weighs 211 grams. However, it runs Android 11 based on XOS 7.6.

The Infinix Hot 12 has 4GB of RAM and 64GB of storage, which is priced at Rs. 9,499. The device is available in four color options such as 7-degree Purple, Turquoise Cyan, Exploratory Blue, and Polar Black. It is worth noting that the device will be available on Flipkart on August 23rd,2022. 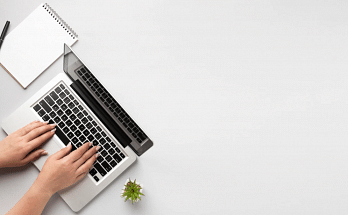