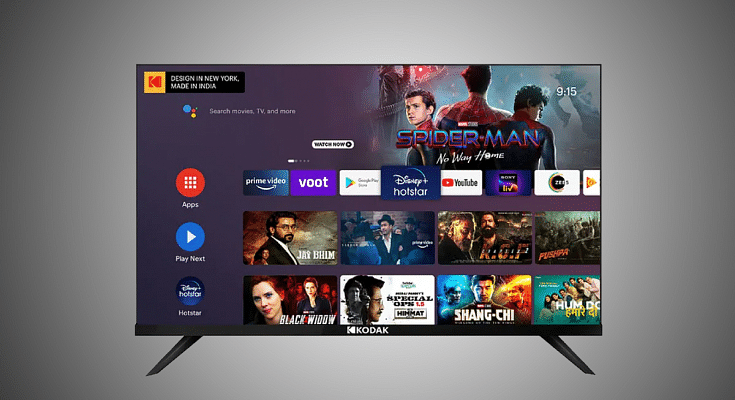 The Kodak 7XPRO comes with a 4K LED display along with a 60Hz refresh rate. The newly launched smart television is available in three sizes 43-inch, 50-inch, and 55-inch.

In addition, the Kodak 7XPRO models also feature a bezel-less design and claim to offer one billion that is compatible with HDR 10 support. Besides, the new series of televisions are equipped with 40W speakers.

Additionally, the smart TV models come with a 1.4GHz ARM Cortex A53 processor that is paired with 2GB of RAM and 8GB of storage. The Android TV also comes with Google Play along with Google Assitant, Chromecast, and screen mirroring through Airplay.