Qualcomm and MediaTek are competing fiercely to log the first spot in the mobile chipset industry. The former’s Snapdragon 8 Gen series and the latter’s Dimensity 9000 series processors are competing in the flagship Android chipset market. The Snapdragon 8+ Gen 1 and the Dimensity 9200 are the most powerful mobile processors launched recently. A quick comparison between these two high-end mobile chipsets follows:

Since the Snapdragon 8+ Gen 1 and the Dimensity 9200 chipset are the most powerful processors, the fabrication used is also the thinnest. Both Qualcomm and MediaTek have designed the SD 8+ Gen 1 and the Dimensity 9200 SoC using a 4nm process. The differences comes in the architecture, the Snapdragon 8+ Gen 1’s octa-core CPU features a single 3.2GHz Cortex-X2 core, three 2.75GHz cores, and four Cortex A510 cores with 2GHz clock speed.

The MediaTek Dimensity 9200 chipset also has an octa-core cluster featuring a single 3.05GHz Cortex-X3 core, three 2.85GHz Cortex-A715 cores, and four Cortex-A510 cores with 1.8GHz clock speed. A 3200MHz CPU frequency is churned out by the SD 8+ Gen 1 SoC and around 3050MHz frequency is delivered by the Dimensity 9200’s CPU. Both these chipsets are developed to handle the most demanding of tasks flawlessly.

Moving on to the graphics delivery, an Adreno 730 GPU is integrated within the octa-core Snapdragon 8+ Gen 1 chipset, whereas, the Dimensity 9200 chipset gets a Mali-G715 Immortalis MC11 GPU integration. The latter gets a higher 1.3 Vulkan version compared to the 1.1 Vulkan version as the former.

The OpenCL and DirectX version is the same with both chipsets, i.e., 2.0 and 12 respectively. Again, Qualcomm and MediaTek have designed a top-notch chipset loaded with best-in-class GPUs to offer fluid speeds with extensive graphics rendering.

Storage type is UFS 3.1 supported by the Qualcomm Snapdragon 8+ Gen 1 and UFS 4.0 by the Dimensity 9200 SoC. A maximum display resolution of 2160 x 3840 pixels and 1440 x 2960 pixels is supported by the former and latter respectively. Both these mobile processors can record and playback up to 8K@30fps videos. 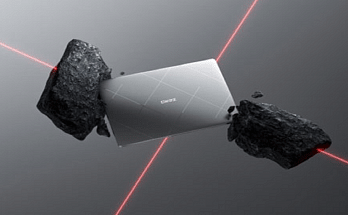