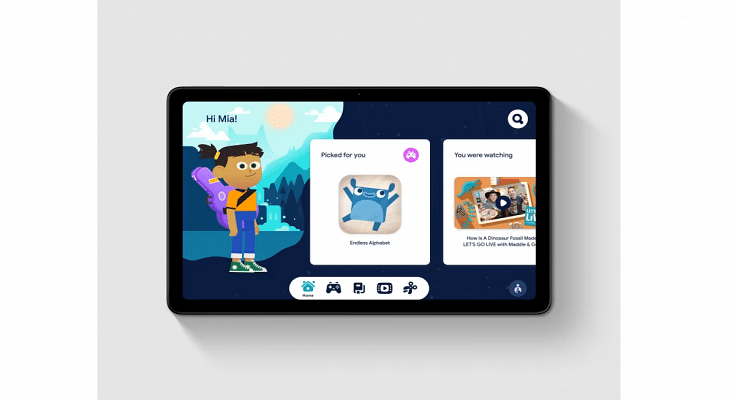 HMD Global has been proactive with a new smartphone as well as tablet launches in the market this year. The Finnish OEM has launched multiple budget Android tablets including the Nokia T10 and the Nokia T20. Now, the brand seems to have concluded this year’s product lineup with the launch of the Nokia T21 tablet. The latest Android tablet comes as a budget option like the previous-gen model but brings some upgrades as well.

The Nokia T21 budget Android tablet has been announced as the successor to the Nokia T20. Nokia has opted for an aluminum body material that makes the tablet durable for daily usage.

The display panel is the same as the previous-gen model, i.e., an IPS LCD screen. The screen size is 10.36 inches and the resolution support is 1200 x 2000 pixels. This tablet’s display delivers around 400 nits of peak brightness level that will provide average sunlight visibility.

Moving on to the Nokia T21’s camera hardware, there is an 8MP primary camera at the rear with autofocus. The tablet features an 8MP sensor upfront for selfies and video calling.

At its core, the Unisoc T612 processor with octa-core CPU cluster and Mali-G57 GPU. The processor is clubbed with 4GB LPPDR4 RAM along with 64GB and 128GB storage variants. There is an additional up to 512GB microSD card support. The firmware pre-installed is Android 12 and the UI is stock.

The Nokia T21 like the remaining Nokia tablets will get three major OS updates. The tablet comes with both Wi-Fi+ LTE connectivity options. The tablet also features IP52 certification which allows dust and water resistivity. The battery capacity powering the Nokia T21 is 8,200 mAh with 18W fast charging support.

Where Is Nokia T21 Launched? How Much Does It Cost?

The Nokia T21 has been launched in Indonesia starting at 3299000 Indonesian rupiah. This is around Rs. 17,000 in Indian currency. The color option launched is single, i.e., grey and the official sale is slated for December this year.

When Is Nokia T21 Tablet Launching In India?

Currently, only the Nokia T20 is available for sale in the Indian market. The brand is yet to reveal details related to the latest Nokia T21 tablet’s availability timeline in the country. The possibility of it arriving in the first quarter of 2021 is highly likely.